WINNER OF THE AWARD FOR GOOD ARCHITECTURE 2016 FROM THE SWEDISH ASSOCIATION OF ARCHITECTS / SLENDER, HARMONIC AND LOGICAL DESIGN / IMPROVED ACCESSIBILITY ACROSS THE RIVER AND TO THE RECREATIONAL AREAS ALONG THE RIVERBANKS 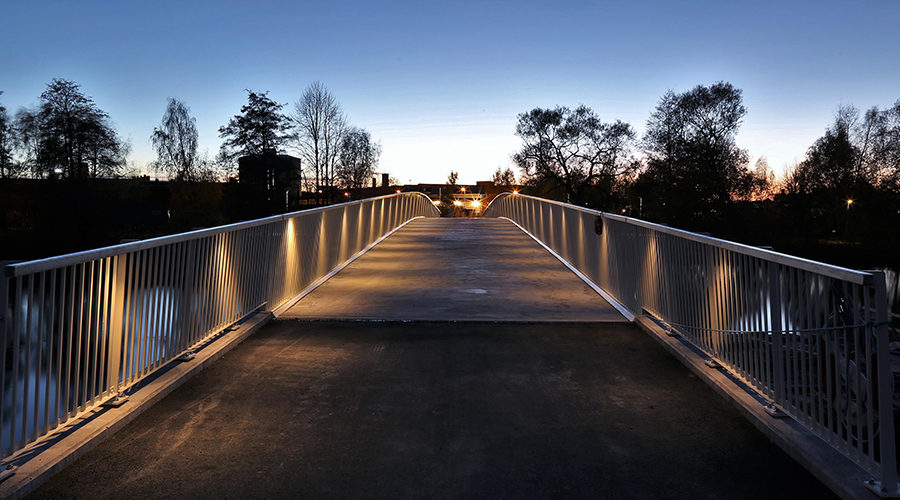 Degree of Freedom in collaboration with WSP Sweden, designed three alternatives for a new footbridge as part of the urbanization of the old industrial area Munktellstaden in Eskilstuna, Sweden.

When Eskilstuna municipality developed Munktellstaden with a new public pool, sports and concert halls and apartment buildings, the need arose for an extra connection to the centre across the river. The city’s architectural ambition was to increase the aesthetic value of the neighbourhood with the bridge and the adjacent new quay on the north side of the river. The municipality therefore had high expectations when they awarded the contract for the bridge design to WSP Sweden and Degree of Freedom in 2013.

Degree of Freedom was WSP’s subconsultant and was responsible for the architectural and engineering conceptual design. WSP performed detailed engineering and followed up the project during the construction period.

The municipality asked for three proposals to be developed during the concept phase. As a result, the idea of ​​a transparent bridge was chosen for further development. The bridge has three spans with sloping arches below the deck. The main arch covers a central span of 32m between two supports in the river. The two approach spans are 16.5m each and balance the bridge well by recreating the shape of the main arch as half arches.

Due to its sleek, harmonious, and logical design, both in terms of architecture and construction, the bridge has become a modern addition to the river and the city, and an effective link. It has not only improved accessibility across the river, but also to the recreational areas along the river.

In 2016, the project won the award for good architecture from the Swedish Association of Architects. 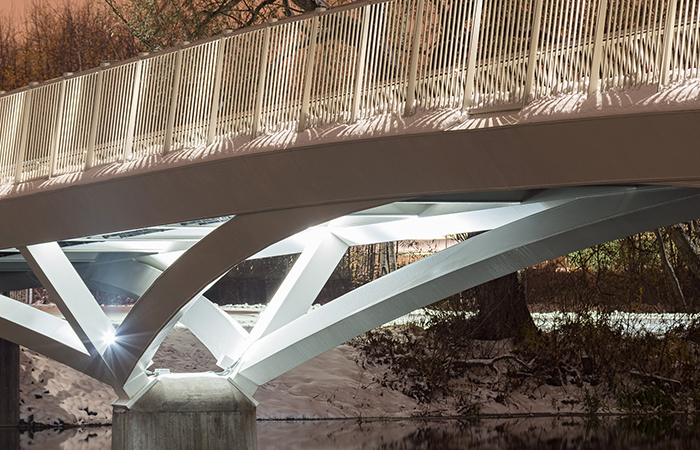 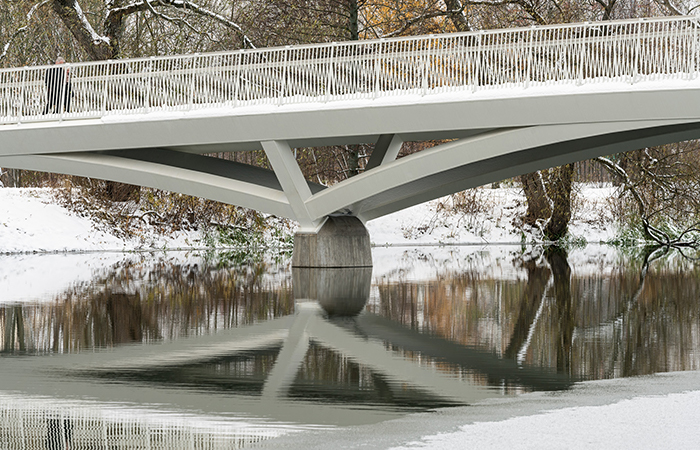 Photos: Michael Perlmutter / Goran Jonsson
We use cookies on our website to give you the most relevant experience by remembering your preferences and repeat visits. By clicking “Accept All”, you consent to the use of ALL the cookies. However, you may visit "Cookie Settings" to provide a controlled consent.
Cookie SettingsAccept All
Manage consent