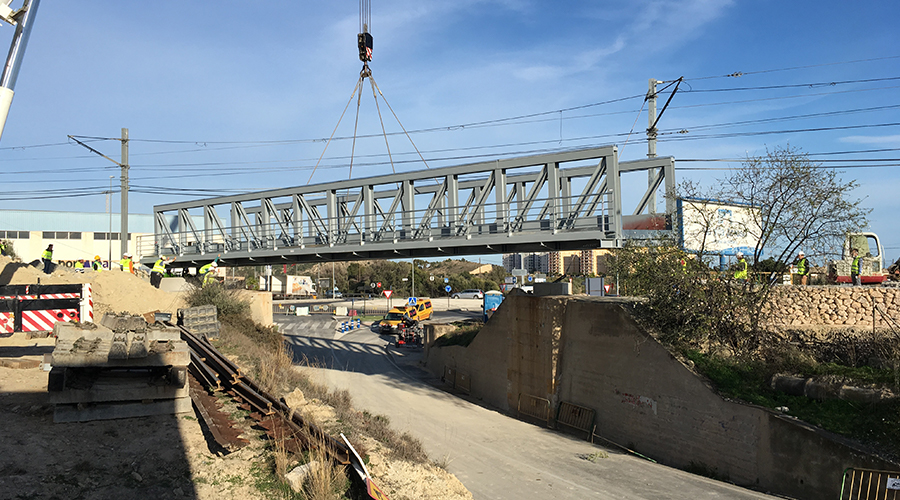 Degree of Freedom has designed, in collaboration with A-Ingenia, three railway bridges in different locations of the province of Alicante: Villajoyosa, Teulada and Gata de Gorgos. The bridges are part of the renovation of Line 1 and 9 of the Tram d’Alacant carried out by the Valencia Rail Authorities (FGV). In addition, the team has carried out the construction management on behalf of FGV.

The three small railway bridges have been replaced by three new structures, considering that replacing decks was a cheaper alternative than rehabilitating them, and resulting in less interuption to the railway traffic.

The main constraints for the design of the new structures were not to reduce the clearance for roads below and not to increase the height of the rails. All the bridges are simply supported with spans between 19.5m and 24m.

The bridges in Villajoyosa and Teulada are truss bridges, with 2.70m high trusses connected by transverse beams. The distance between girders depends on the train horizontal clearance being 4.40m in Villajoyosa because the curved rail line and 3.95m in Teulada. The bridge in Gata de Gorgos is a two girder bridge with 1.10m high girders and connected by transverse beams.

In all bridges the transverse beams are connected to a concrete slab that gives support to the ballast bed. All bridges have pile foundations built behind the existing bridge foundations to reduce the impact on the original abutment structures and to reduce the construction time.

Structural engineering during detailed design, and technical assistance during construction. 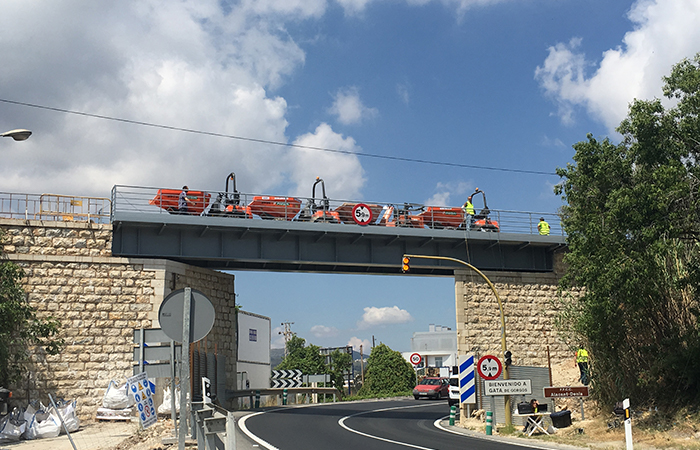 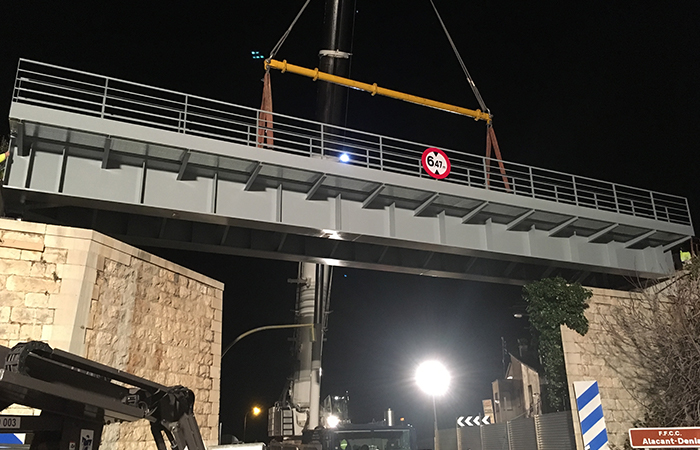 Photos: Degree of Freedom
We use cookies on our website to give you the most relevant experience by remembering your preferences and repeat visits. By clicking “Accept All”, you consent to the use of ALL the cookies. However, you may visit "Cookie Settings" to provide a controlled consent.
Cookie SettingsAccept All
Manage consent