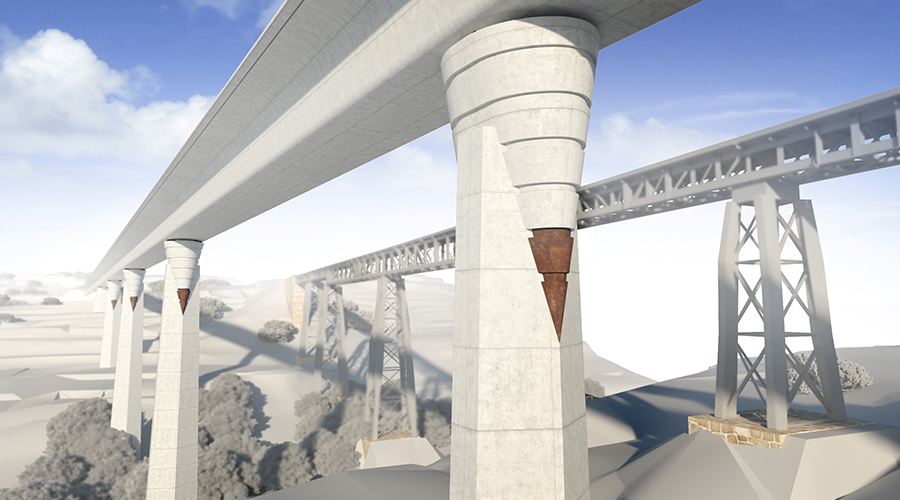 Degree of Freedom has designed a 370m concrete post-tensioned bridge for railway traffic starting from the development of design alternatives through to the detailed design, including 5D BIM.

The New Quisi Bridge is a concrete railway bridge over the Quisi ravine, as an alternative to the existing 100-year old bridge. It consists of 8 spans, two end spans of 35m and six 50m midspans giving a total length of 370m. The superstructure is a continuous post-tensioned box girder with a curved surface supported by three types of concrete pier. Two small piers with a variable curved section, a V-shaped piler acting as fixed point and four high piers with a variable diamond cross section and conical capital. The abutments are formed of concrete with a curved and variable surface. 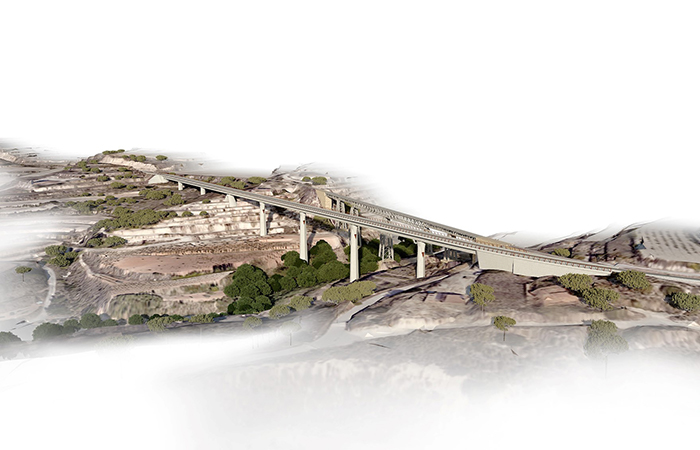 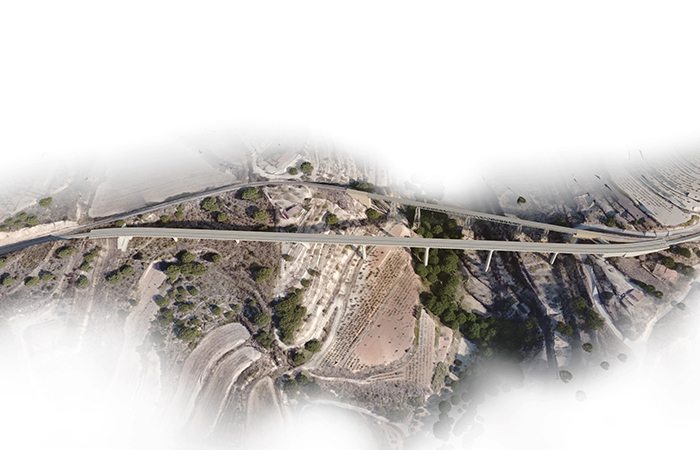 Images: Degree of Freedom
We use cookies on our website to give you the most relevant experience by remembering your preferences and repeat visits. By clicking “Accept All”, you consent to the use of ALL the cookies. However, you may visit "Cookie Settings" to provide a controlled consent.
Cookie SettingsAccept All
Manage consent