THE MAIN AXIS IN THE CITY BETWEEN STRØMSØ AND BRAGERNES / 270M LONG BRIDGE WITH TWO LANES FOR BUSES AND TAXI AND SEPARATE LANES FOR PEDESTRIANS AND CYCLE PATHS, TOTAL WIDTH 19M / CROSSING BOTH THE DRAMMEN RAILWAY STATION AND THE DRAMMEN RIVER 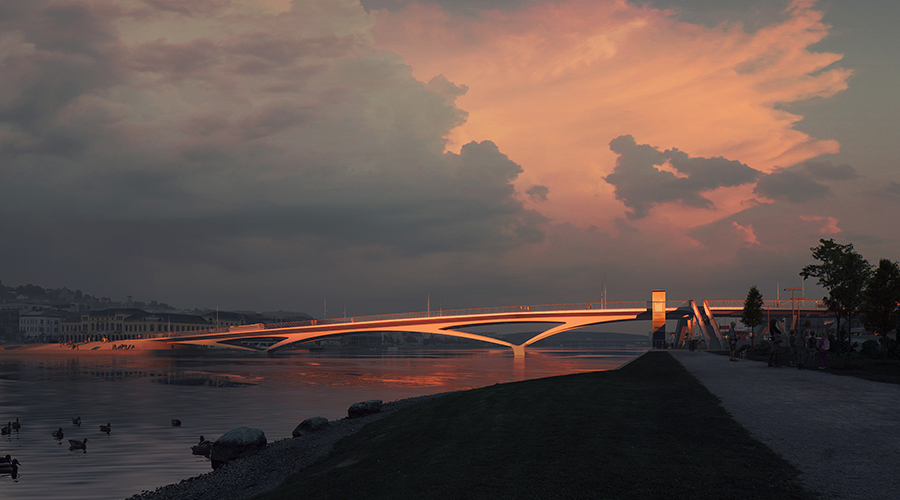 The new city bridge between Strømsø and Bragernes torg is Drammen municipality’s largest investment so far. The bridge crosses both Drammen station and the river Drammenselva and will have a total length of 262m. It will be the city’s main axis. Degree of Freedom is responsible for designing the bridge over the river whilst the bridge over the railway is being built under the supervision of Bane NOR.

The bridge crosses the river Drammenselva in three spans of 46, 86 and 42m. Above the station area, there are five shorter bridge spans with span lengths from 11 to 19.5m. The bridge deck is 19m wide and consists of two lanes for bus/taxi, and pedestrian and bicycle lanes on both sides with a width of 5m and 7m. The supporting structure over the river is formed of steel arches and steel beams with a composite concrete deck. In the river, the bridge is founded on steel piles to bedrock. Maximum depth to rock is 75-80m.

At Bragernes, a pier construction is to be built to connect with the bridge both upstream and downstream. Prior to the construction of the new bridge a temporary walkway and a bicycle bridge will be built. Degree of Freedom’s scope of work has included the detailed design of the foundations, piers and superstructure for this bridge over the river Drammenselva.

Team and design management. Structural engineering during all design stages. 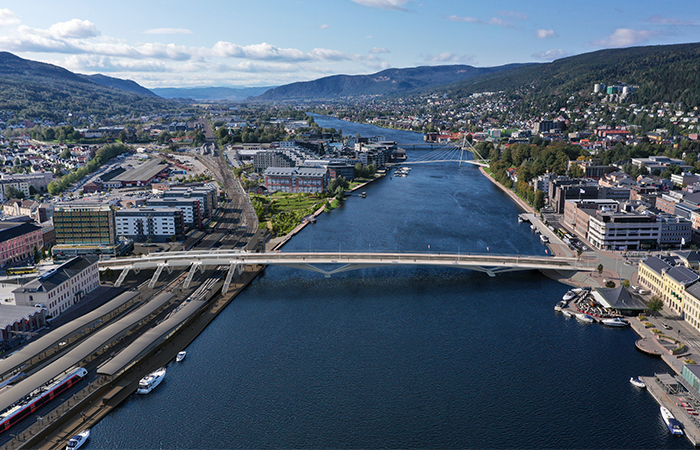 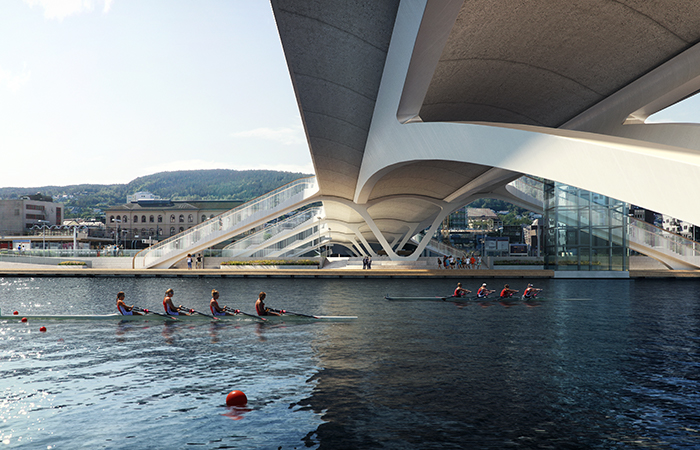 Images: Saaha / Knight Architects
We use cookies on our website to give you the most relevant experience by remembering your preferences and repeat visits. By clicking “Accept All”, you consent to the use of ALL the cookies. However, you may visit "Cookie Settings" to provide a controlled consent.
Cookie SettingsAccept All
Manage consent