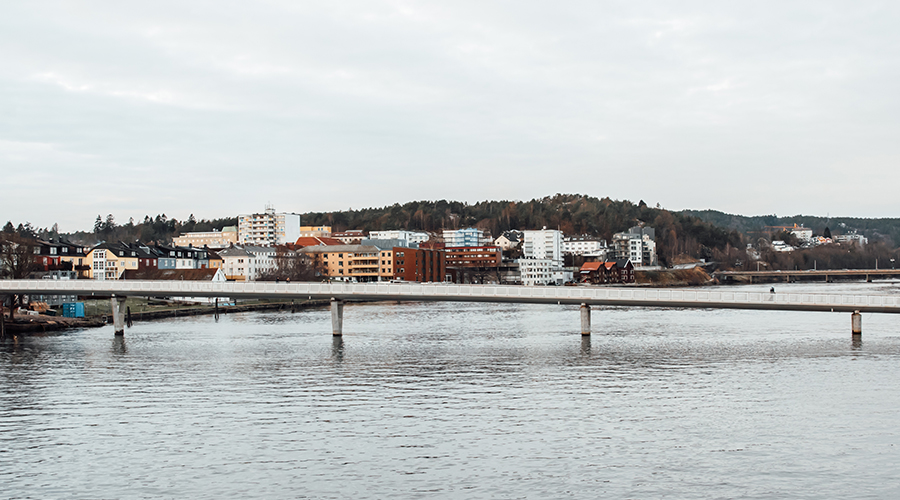 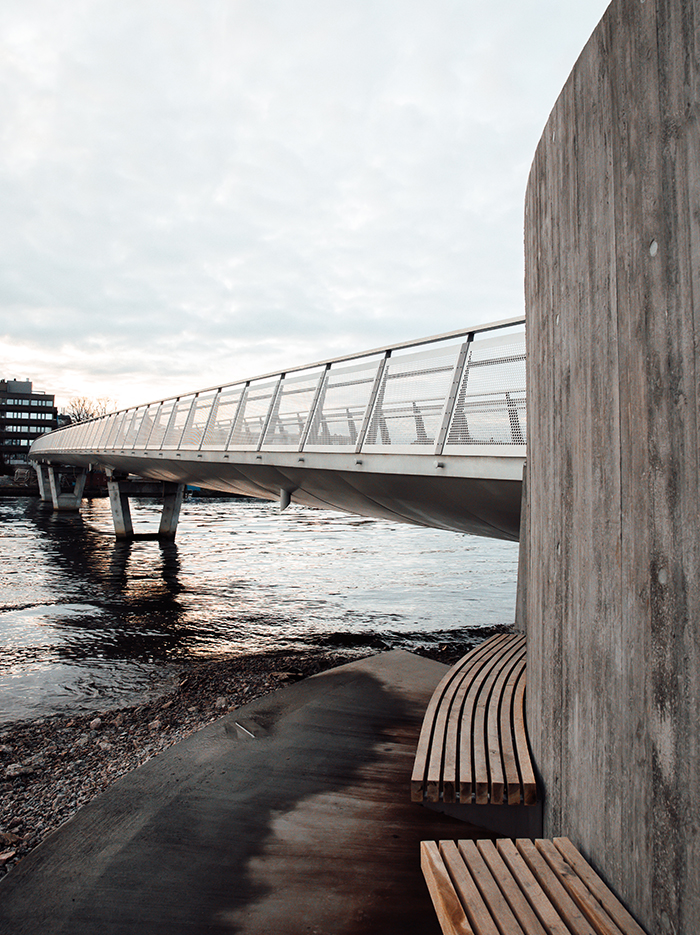 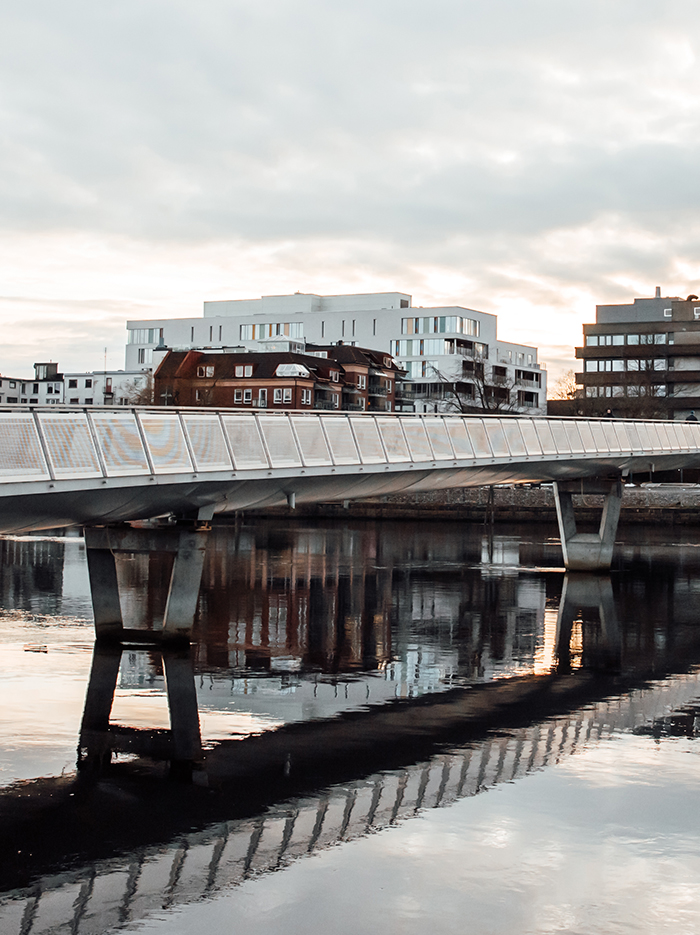 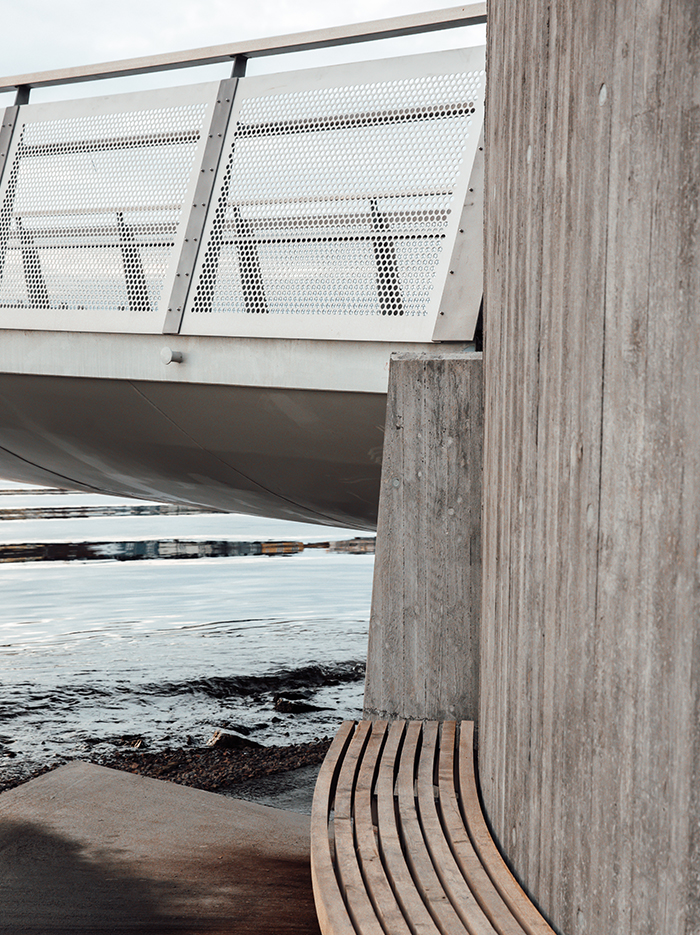 Degree of Freedom has designed the new pedestrian and cycle bridge over the river Otra for the Kristiansand municipality.

Originally a straight bridge with spans similar to the Thygesen bridge downstream was planned which would have destroyed three mature maple trees in the park at the south-western approach to the bridge.. In the preliminary project, Degree of Freedom chose to align the bridge to avoid the trees and to follow the existing pedestrian route to the residential neighbourhood to the north- eastern side. This gives a bridge with a slight curve in plan providing a more aesthetic alignment. The vertical curvature was also optimized to ensure both a maximum slope of 5% for cycle traffic, to accommodate the 4,5m height difference between abutments and to provide sufficient clear height for the 10m by 4,5m high sailing channel.

The bridge is a slender steel box girder bridge with a total length of 178m. The bridge is made up of six spans (25m+32m+32m+32m+32m+32m+25m) with four supports located within the river and one support located in the public park at the south-west approach. The concrete piers, of varying heights, have been shaped to give a slender but robust profile.

Aesthetics were important for the Kristiansand municipality. The slender bridge has a stainless-steel railing system with perforated plates between railing posts. Strip lighting for bridge users is installed in in both handrails. In addition, the bridge has a architectural lighting on the piers and strip lighting on the outside edge of the deck. The bridge approaches at both banks have been landscaped to provide seating areas integrated with the park and the adjacent footpaths.

The bridge was opened to the public in December 2020. 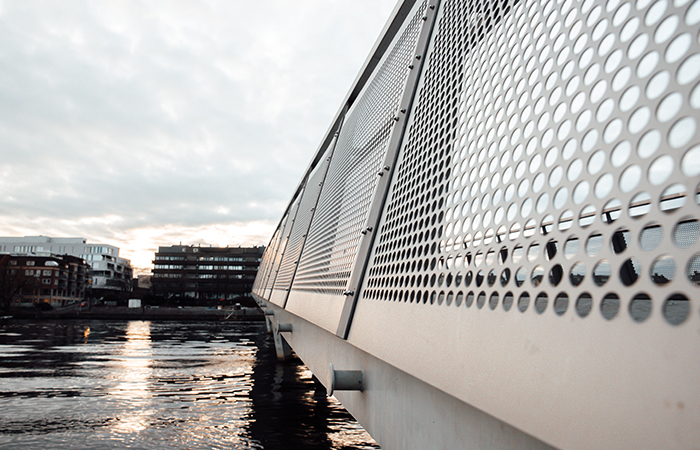 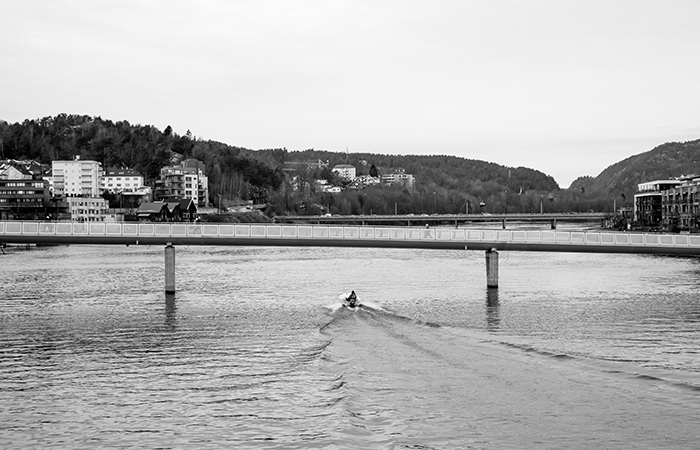 Photos: Emma Sukalic / Lightbureau
We use cookies on our website to give you the most relevant experience by remembering your preferences and repeat visits. By clicking “Accept All”, you consent to the use of ALL the cookies. However, you may visit "Cookie Settings" to provide a controlled consent.
Cookie SettingsAccept All
Manage consent